Why Do Home Buyers Prefer Living in Tambaram?

Tambaram is a part of south Chennai which has found much favour among home buyers. The area’s infrastructure has developed rapidly which is why it is preferred by home buyers. The neighbourhood is treated at par with Chromepet, a developed locality 5 kilometres from here. Despite being on the same footing in terms of infrastructural development, prices of houses apartments for sale in Tambaram, Chennai is lower than that in Chromepet. The average capital value in Tambaram range from Rs 3740 to 4400 sq ft whereas in Chromepet they vary from Rs 4600 to 5720 per sq ft. Both neighbourhoods are situated by the Chennai trichy Highway and have high available of housing properties. Buyers of Houses Apartments for sale in Tambaram, Chennai and Chromepet can save around Rs 13 lakh if they are willing to travel a little more without compromising on physical and social infrastructure. To buy houses apartments for sale in Tambaram, Chennai, buyers have to shell out Rs 15 lakh to 1 crore for owning properties that measure between 600 and 2000 sq ft. Apartments in Chromepet that measure between 550 and 1800 sq ft, cost around Rs 25 lakh to 1.5 crore. Tambaram consists of different super markets, schools and banks and IT firms. Numerous initiatives have been taken by the Tambaram Municipal Corporation that have impacted the real estate market and are attracting home buyers. The heart of the city is 27 kilometres from Tambaram. The Tambaram Railway Station is a busy one along the Chennai Suburban Railway Network. HNIs and NRIs prefer investing in houses apartments for sale in Tambaram both for end use and as a second home. N Ravichandran, Tambaram Municipality’s Commissioner has stated that they have several projects underway. An Underground Sewage Programme is being implemented throughout the city. Wherever sewage constructions are taking place, concrete roads are being constructed over them to sort out water logging issues in the area. A solid waste management programme known as the BINS has been initiated as well in five different areas for sorting out garbage disposal issues. Residents themselves have begun segregating wastes and stashing them in different kinds of bins. Bio digesters, Community Kitchens and Namma Toilets are being created for solving the problems of sanitation and power in slum neighbourhoods. The initiatives have altered the way Tambaram is and is contributing to its growing popularity. The Southern Railways have planned to develop a direct route to Arakonnam from Tambaram through the Beach Railway Station. Around 80 percent of suburban traffics commute through the line and will prove to be a huge relief. Residents shall also enjoy the multi-level parking project that is coming up in West Tambaram. However, the project is around 3 years behind its completion schedule. Those flocking from Mudichur or Chromepet to Tambaram have often stated that parking is difficult here and pedestrians face a lot of issues. The project’s feasibility tests are underway. Once inaugurated, it would sort the issue of parking space shortage in Tambaram. 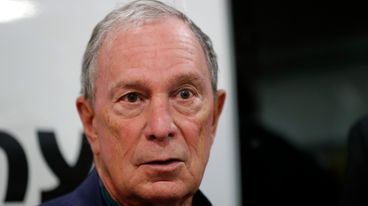 last article： Moving Tips: Ease the Transition When You Move