Discerning The Meaning Of Michael

All across the world, the name Michael has been spelled many different ways and assigned to children of celebrity and common status. However, many people do not fully understand the meaning of this name or how important it has been throughout history. In this article, we will provide you with interesting information about the Meaning of Michael as well as some famous people who bear the name.Roots of the NameMichael is a Hebrew word originally translated as Mikha’el . When translated, the name means, “Who is like God?” This translation is quite fitting, primarily because the roots of the name can be traced back to Biblical times, and it is often used in reference to the archangel Michael. This name gained increasing popularity throughout the United States in 1954 and continues to be a favorite boy name.Who is the Archangel?Let’s get a little bit of background on the archangel who bears the name. Michael is generally described throughout the scriptures as a strong, mighty defender and warrior. In fact, there are numerous passages in the Bible that mention Michael leading God’s army into battle against the army of Satan and defeating the evil ones. In the Jewish religion, Michael is viewed as one of their primary guardians.Catholicism also has a place of high honor for Michael the archangel. This religion perceives him as the Angel of Death, the one who visits those who are in their last hour. Catholics also believe Michael’s duties are to protect the church and fight against Satan.Celebrity NomenclatureOf course, there are numerous celebrities who bear the name of Michael. The late Michael Jackson, who was often heralded as the King of Pop, was famous for many years, first as part of the Jackson 5, and then as a solo artist.Another famous Michael is the great Michael Jordan, basketball star extraordinaire. He has his own line of shoes, known as “Air Jordans,” which bear his famous nickname he earned due to the way he could fly through the air and successfully make a slam dunk.Varieties of the NameThere are other ways to spell the name Michael, including Mikhail, Mikael, Michelle, Michele, Michaela, and others. One doesn’t actually see the name “Michael” used for females that often, but there are women named Michele who bear a similar form of the name.Michael is a popular name throughout the world. The meaning of Michael has biblical roots, and it is widely appreciated by a large group of people. 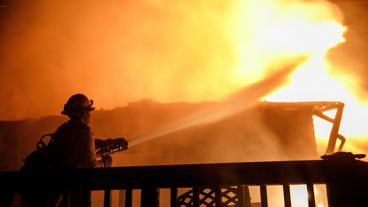